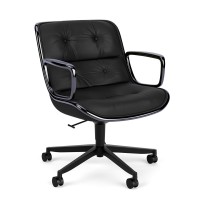 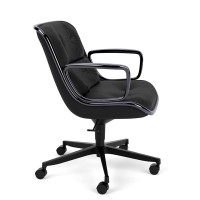 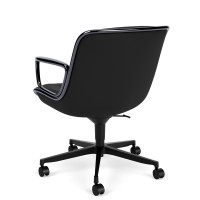 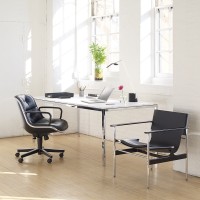 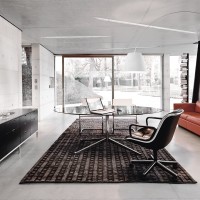 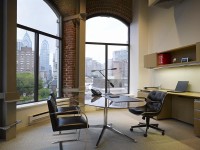 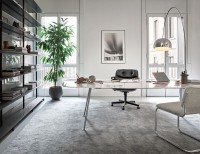 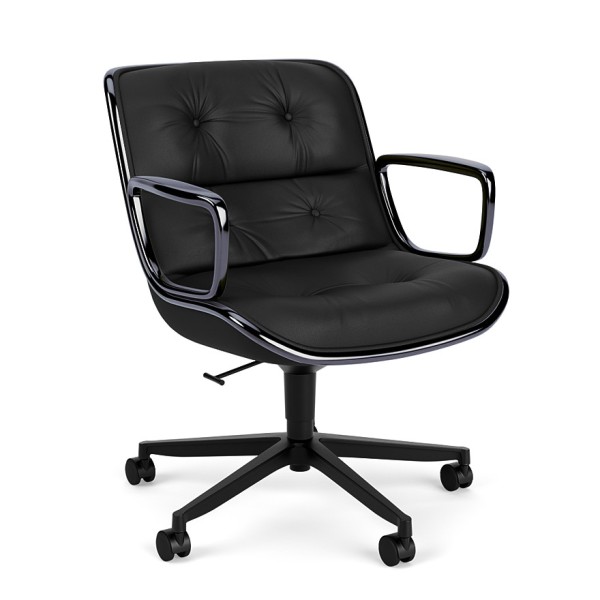 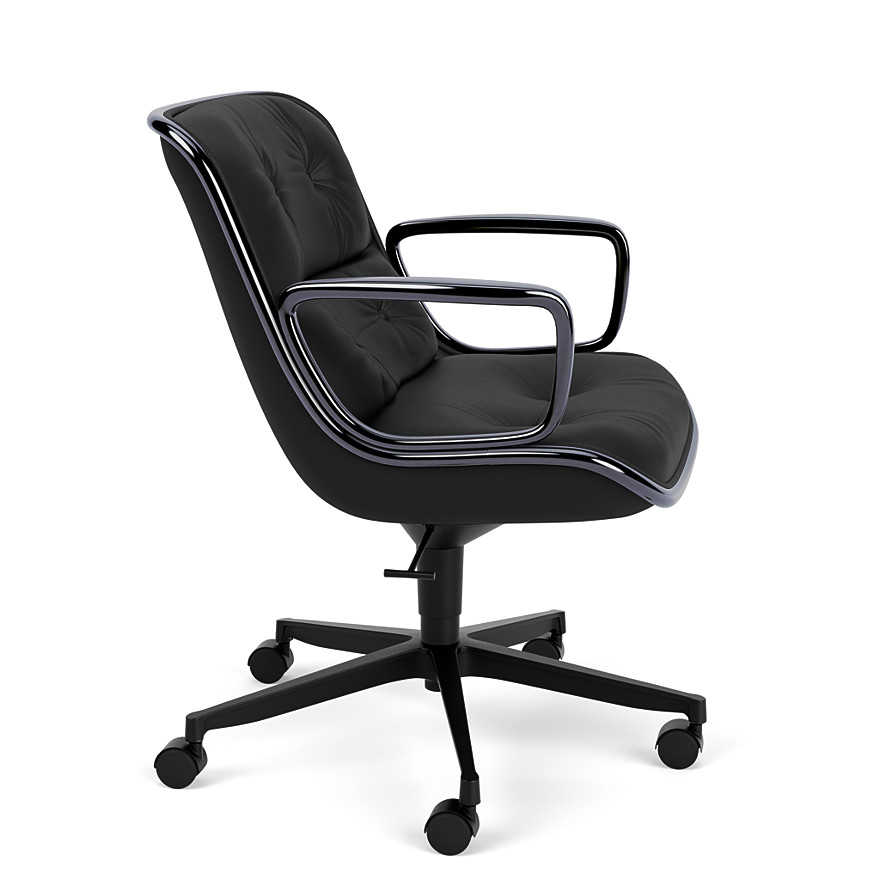 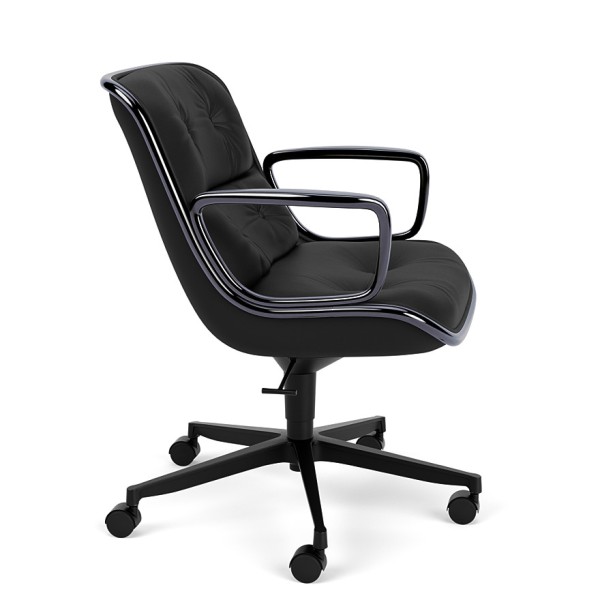 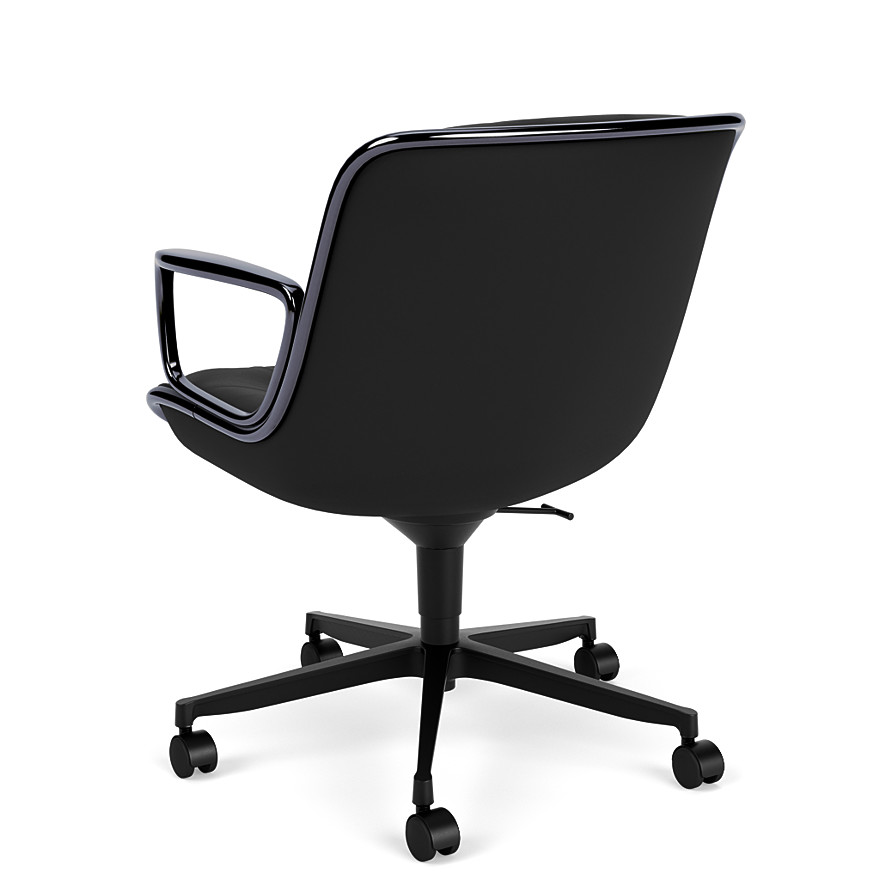 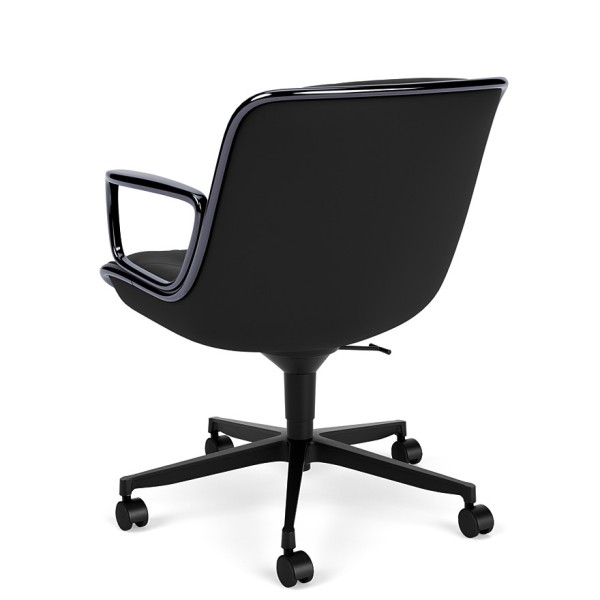 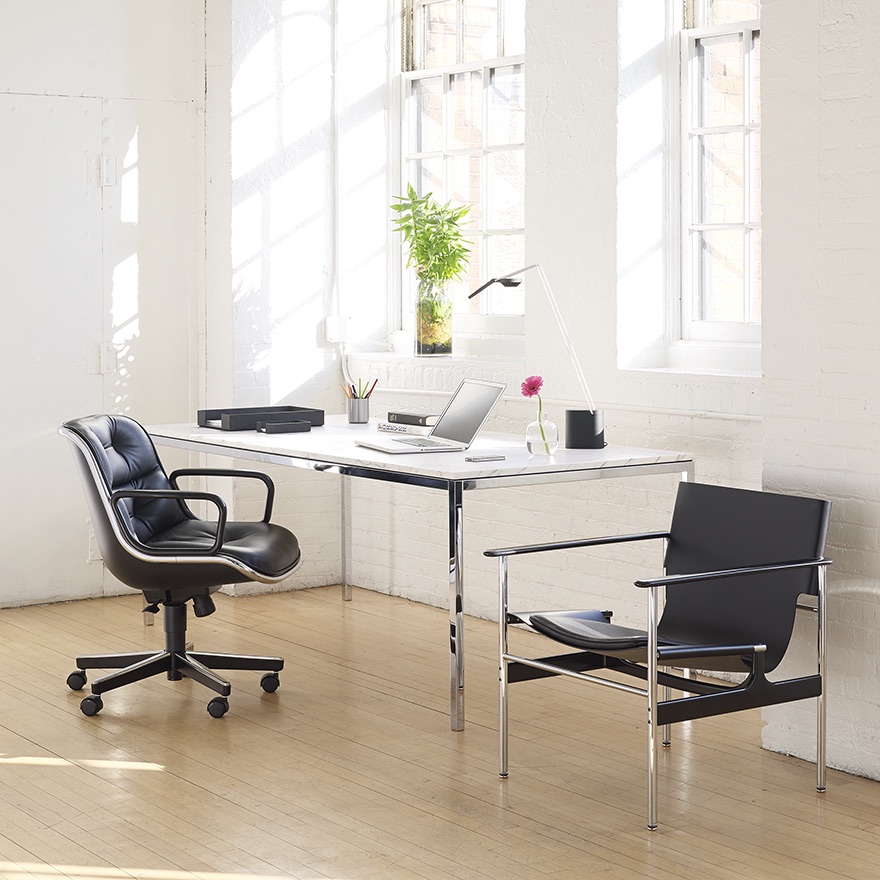 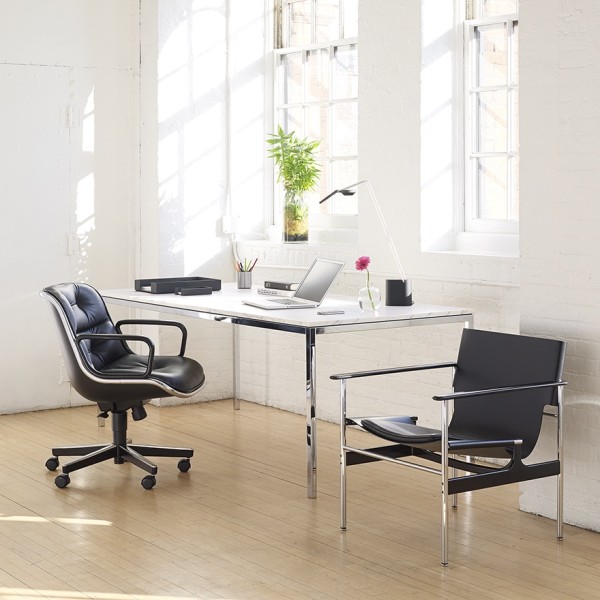 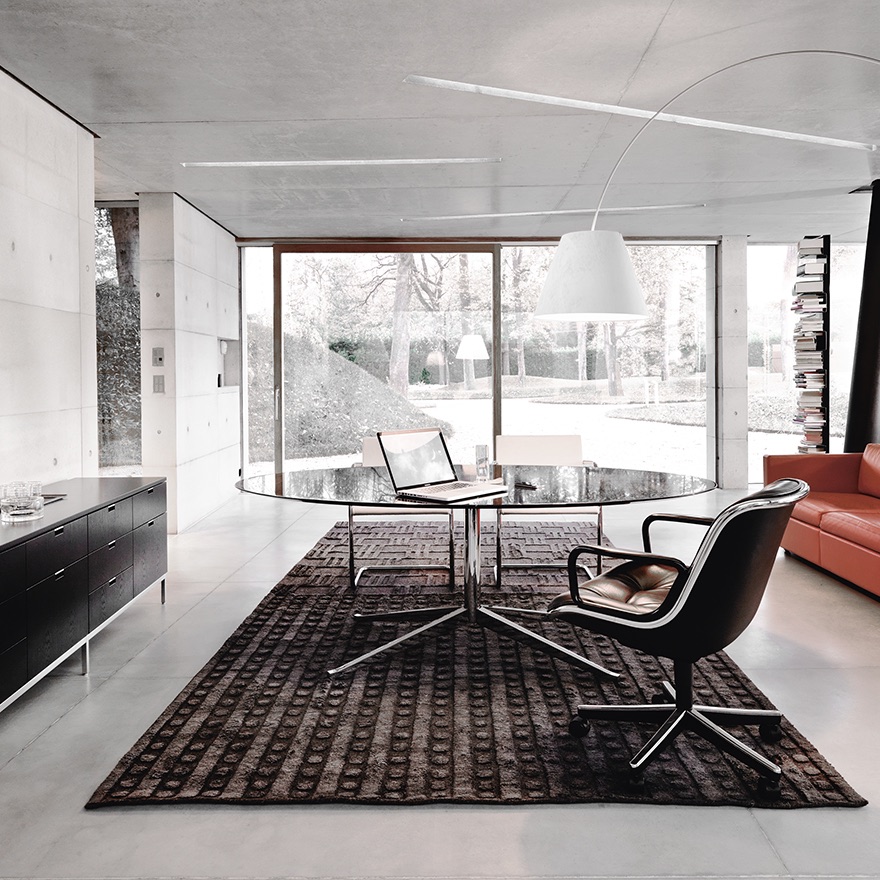 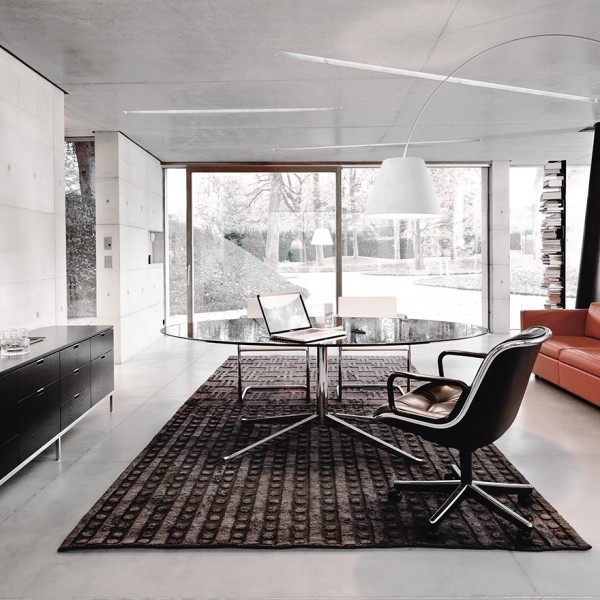 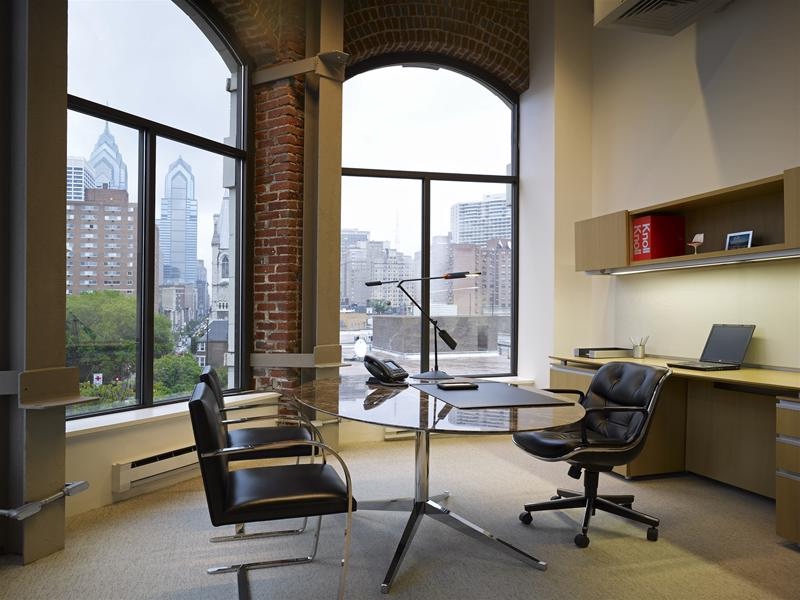 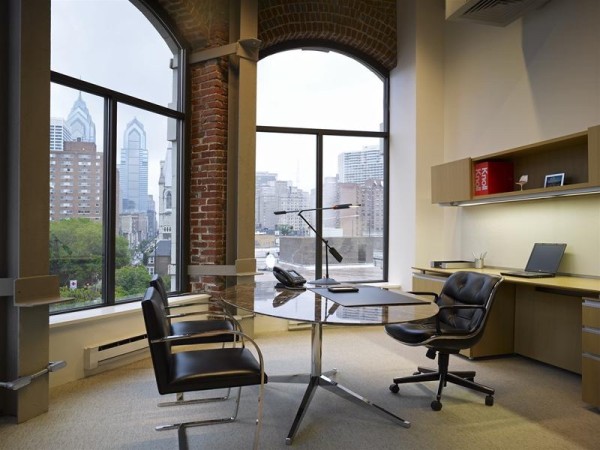 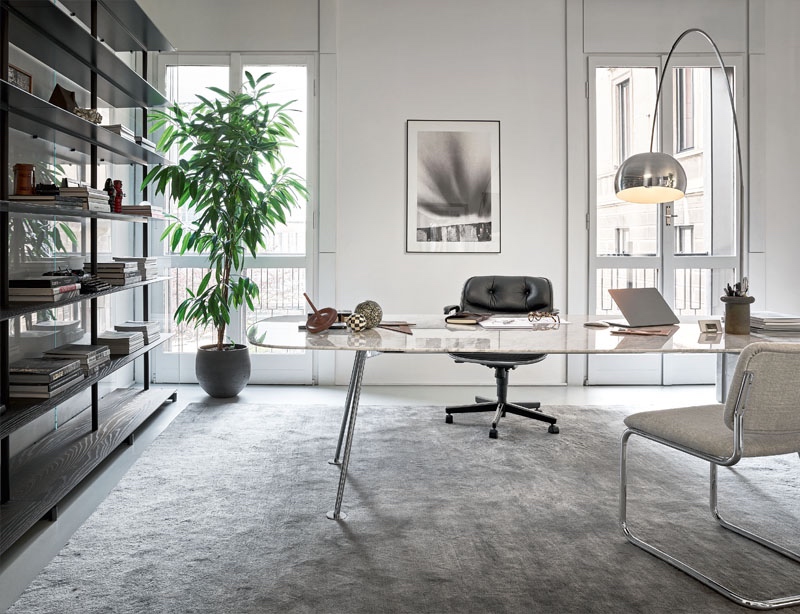 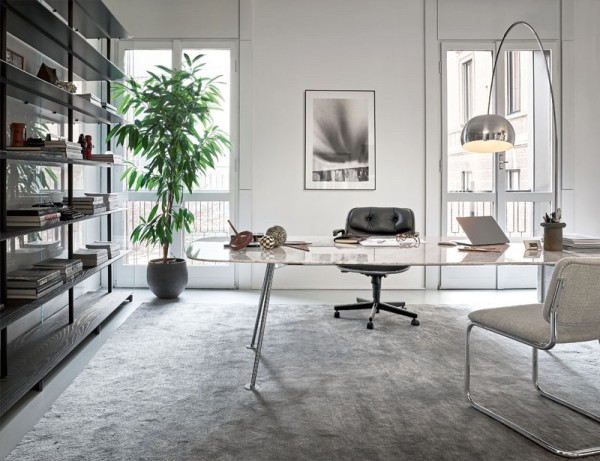 Charles Pollock challenged himself to create a chair inspired by a single line. “Everything has an edge and everything is a line."

Pollock's concept was an aluminium extrusion outlining the chair that would be the central structure, holding the parts together without any further support. Slots in the aluminium rim held secured the upholstery and back shell, which became rigid only once it was fitted into the rim.

In addition to providing structure, the rim also acts as a bumper. Pollock explains: “It doesn't rust, it doesn't tarnish, it doesn't fade. It keeps its visual appearance almost forever. In other words you have a visually pleasing colour or texture or chrome finish articulated in a fashion that goes around the edge of the chair, which is beautiful and acts as a guard against destructing the chair no matter where you hit it….up, down, front, side, back, whatever.”

While Charles Pollock’s initial idea was ingenious, people close to the project recall that it was Florence Knoll’s legendary guidance and impeccable taste that pushed him to quiet the design down and reach his iconic final solution. 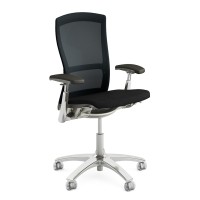 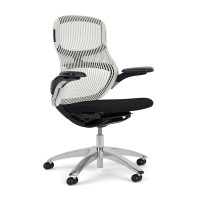 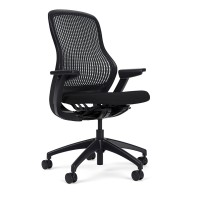 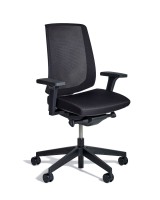 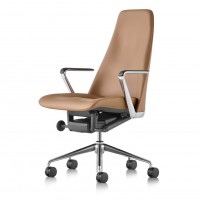